I was wondering whether you are considering adopting the Fabric model with Tyk. 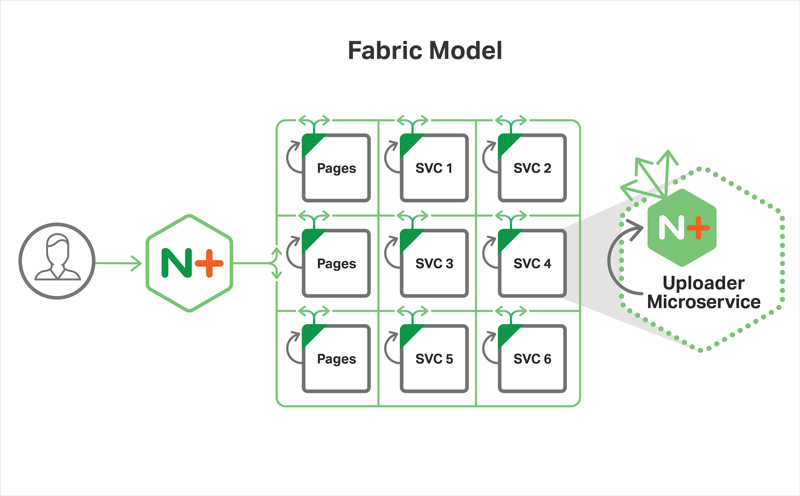 Explore the benefits of the Fabric Model of the Microservices Reference Architecture from NGINX, pairing NGINX Plus with a microservice in every container

Not currently, this essentially outsources the network topology / service discovery to the gateway level and turns the gateway into an infrastructure router / overlay network. It’s an interesting concept, and one that is being followed by a few other projects that try to make microservices follow an erlang-style agent model.

If we were to look at something like this, it would be a new component and not the existing gateway, we would probably be looking at an routing agent that is lightweight and laser-focused on creating an overlay network that can interact with Tyk Gateway.

Perhaps in future, but it isn’t on our roadmap at the moment as we don’t see it as part of an API gateway offering, this is specifically a routing and devops component and is well suited to a web server like NginX, not an API Gateway like Tyk. We also need to consider that many frameworks that handle docker orchestration have, or will be, introducing agents like this as part of their infrastructure offerings, and they might do it better than us

So I won’t rule it out, but only if we can make it work with the overall API management focus we have.

Thanks for your extensive and clear answer, Martin.
For now I don’t expect us to be needing such an infra structure.

The main advantage I see is in a high-load scalability envrionment in which you want to lower the stress on the API Gateway.
Netflix like structures benefit from this; my company not in the next 2 years I think at-least but I’m very interested in your Vision / and product Backlog.

It’s probably a bit infringing to ask but do you have a transparant backlog (as in publicly visible) on which customers can vote on features (Filtered on bugs; because you don’t want to expose any security issues)?

We track everything on our GitHub repository

Also we have a public trello board where we also keep a product plan, though it isn’t as up to date as GH.